Amid the wave of an arctic cold front, Una Farrar made her way across the country for the Montreal premiere of Krooked’s latest film Don’t Stop. The family at Dime hosted an evening in celebration of the guest of honor, accompanied by many of her favorite Montrealers. Scroll through to see who came in good spirits and company. 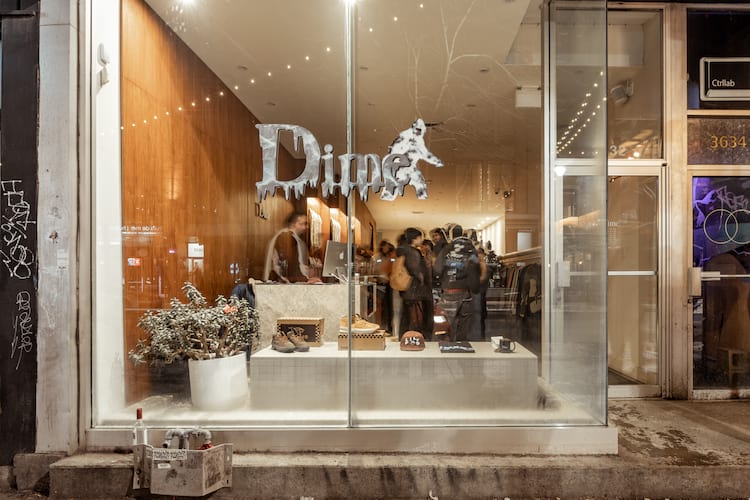 Rolling up, close friends and acquaintances start filling up the shop to peep Don’t Stop 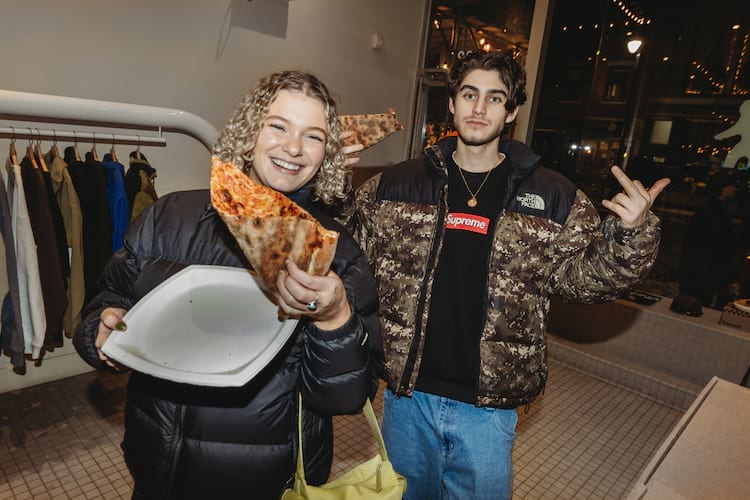 First in, Fred and Maelle indulge in the complementary favors from Pizza Adamo 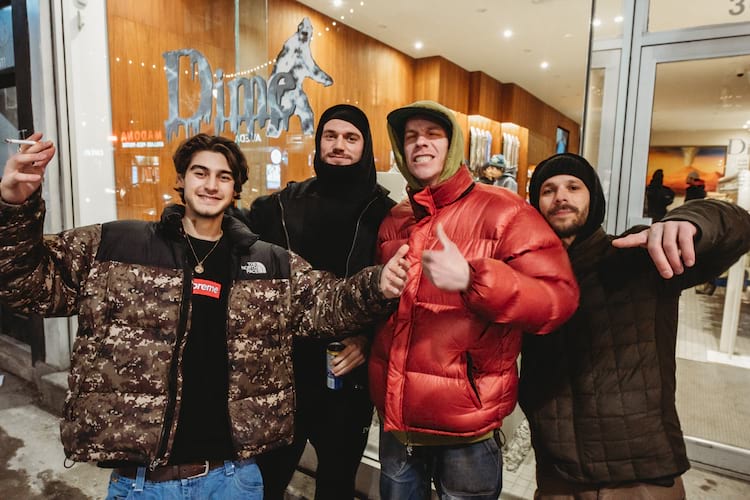 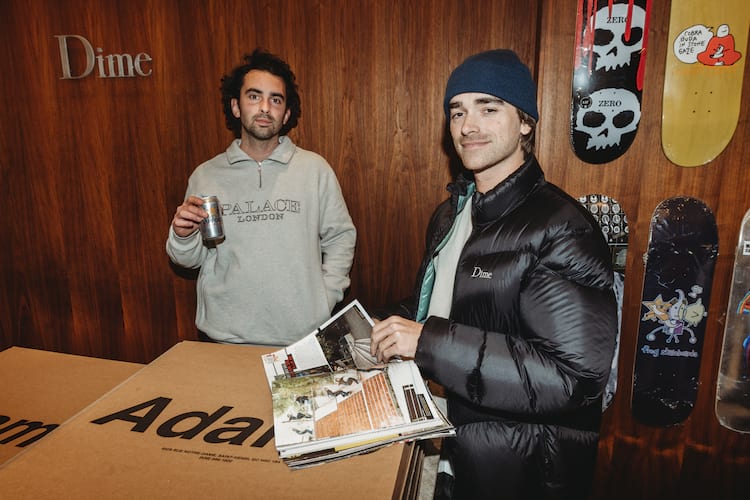 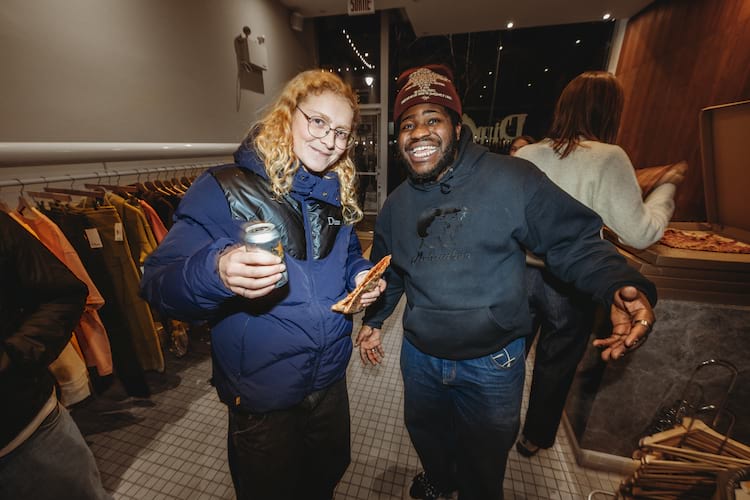 Look! The woman of the hour arrives to a greeting by Seb 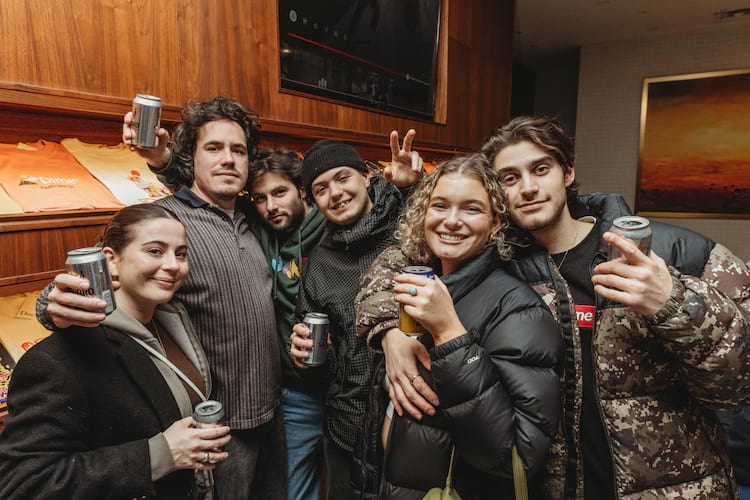 And a room full of friends! 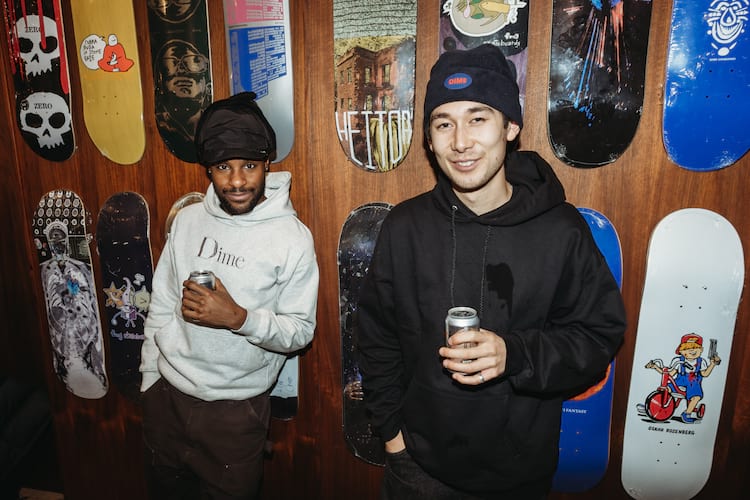 Red and Etienne were holding down the fort. Before the vid starts, let's take a quick detour... 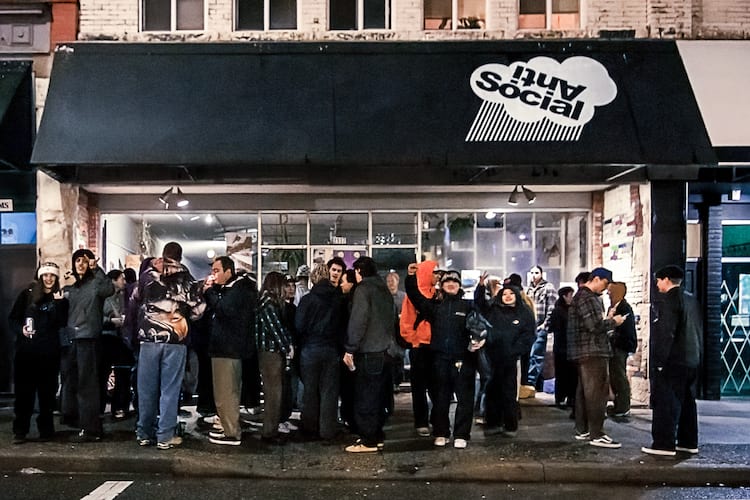 ...To Canada’s west coast! The night before us, Krooked also showed the vid in Vancouver at Antisocial—the perfect venue for her hometown premiere     Photo: Curtis Windover 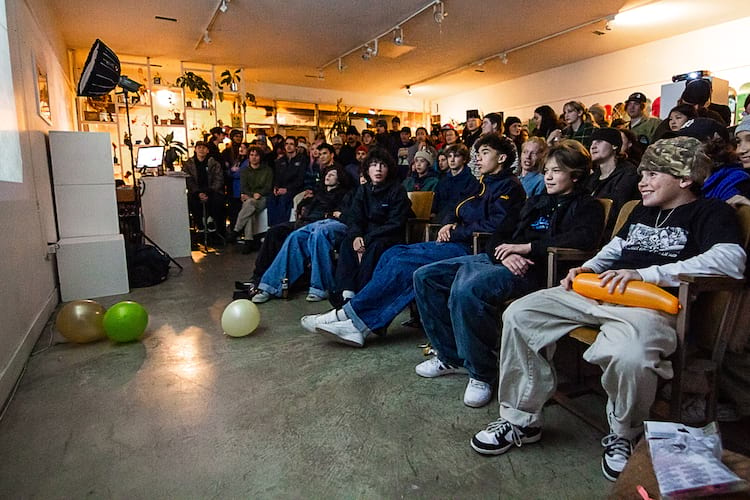 A sold-out crowd, what did you expect?! Alright, let’s hop get back to Dime      Photo: Curtis Windover 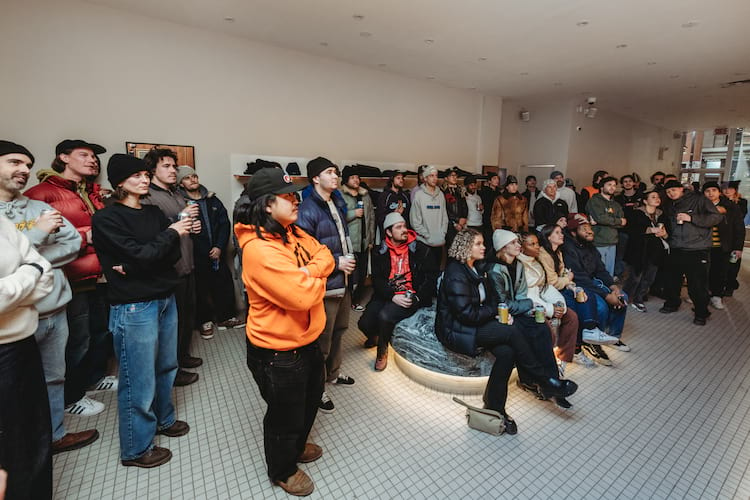 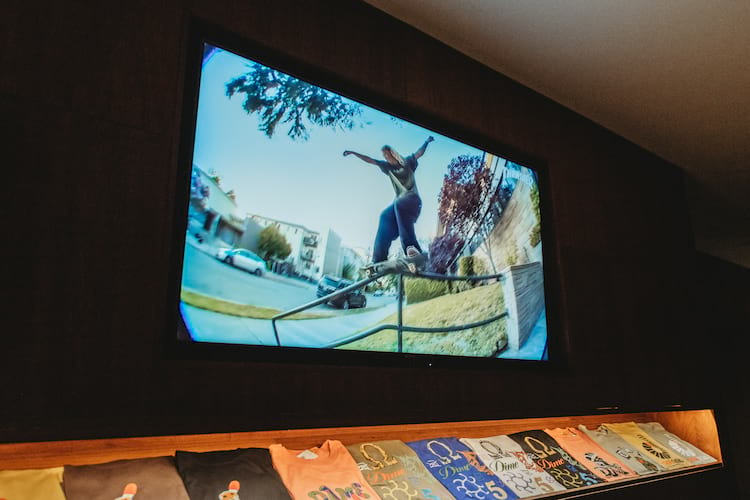 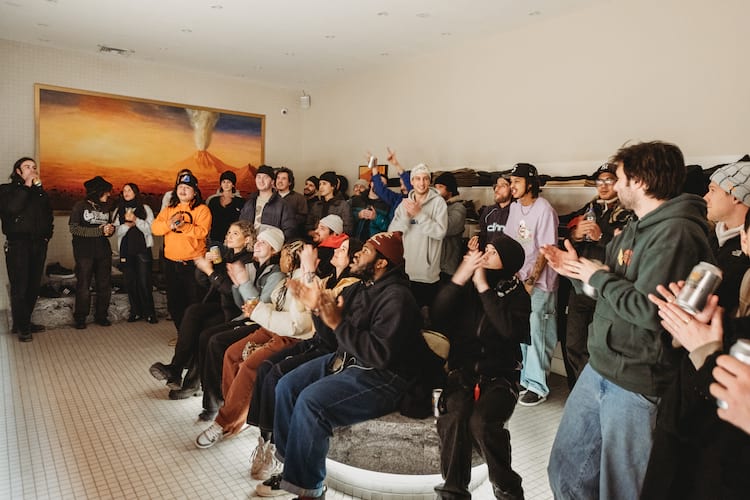 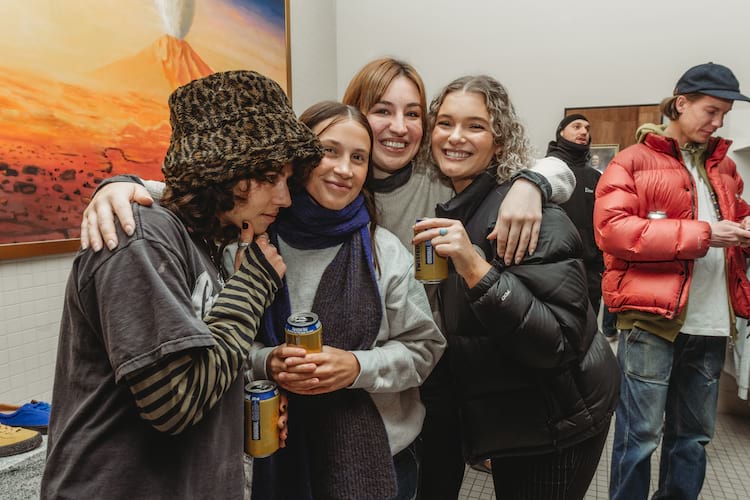 Rita reflects on what went down while Emille, Olivia and Maelle are just happy to be here 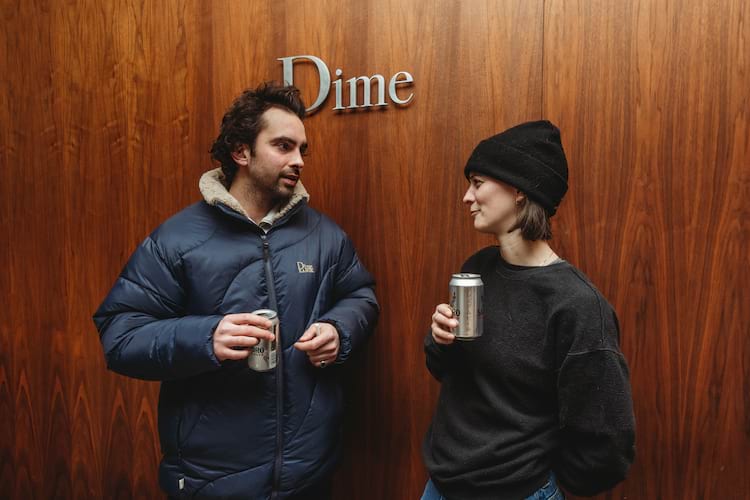 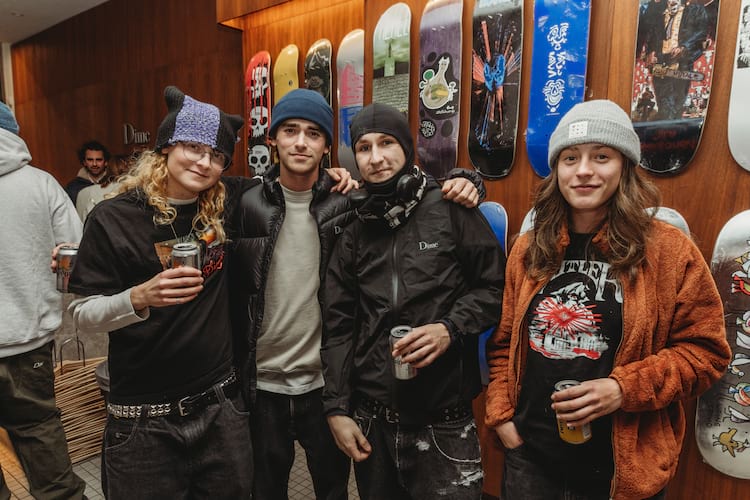 Una does another round, catching up with Antoine, Lion and Samantha 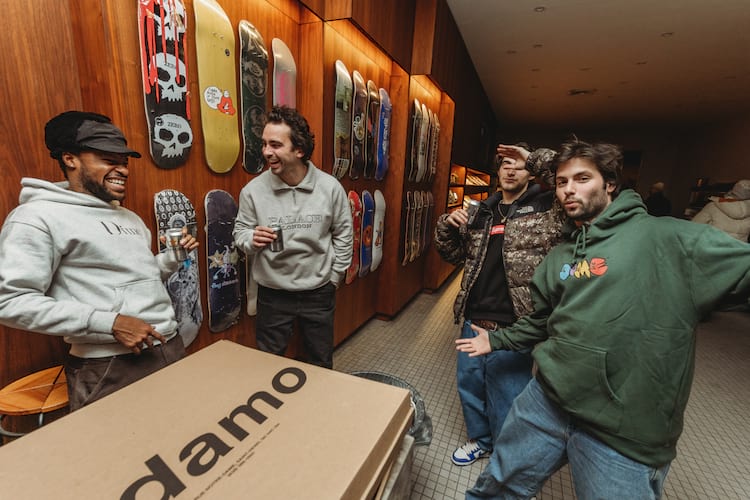 Always a good time with Red, Arnaud, Fred and James 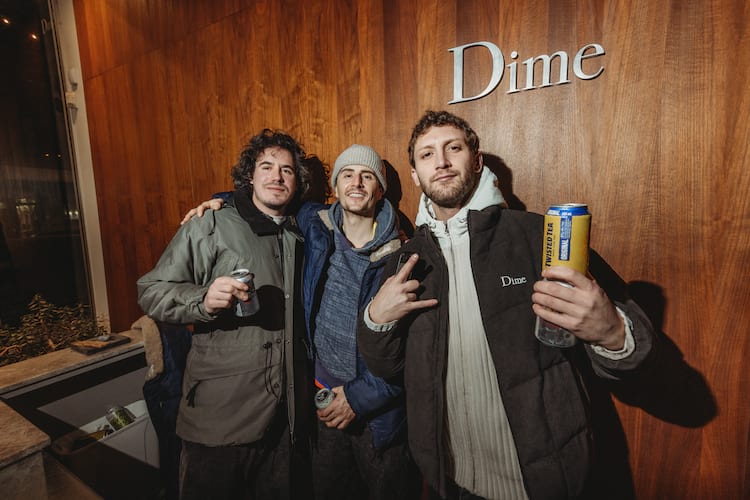 Good pals Ian, Guillaume, and Noah lighting up the camera 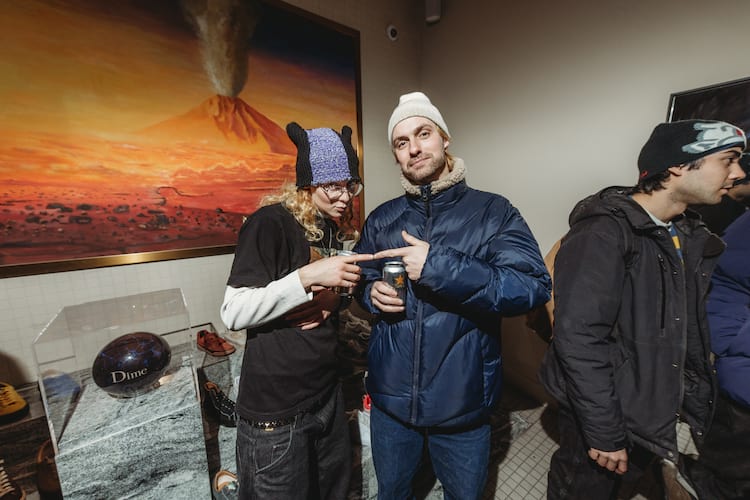 Erik shows up to connect with his temporary roommate 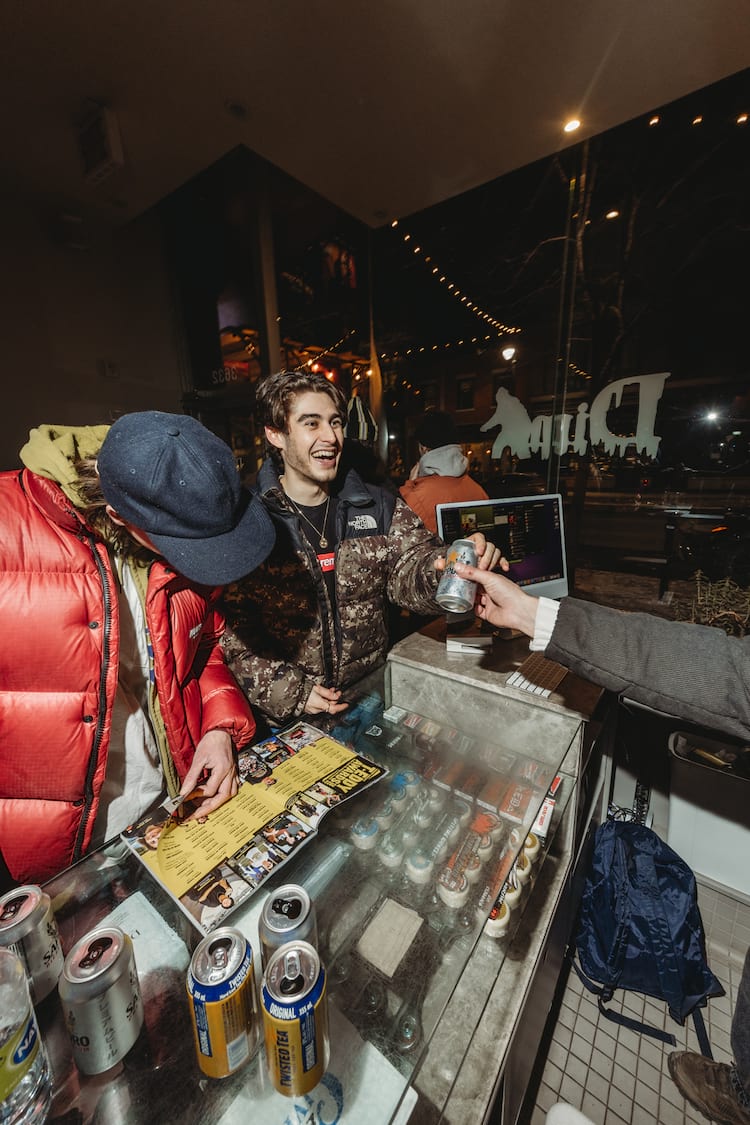 And let’s leave it here, with Fred getting the last beer and Charles flipping through that March mag we saw on the way in. Congrats, Una! Now, the rest of you make sure to watch this video on all the channels on Friday!
© 1981–2023 High Speed Productions, Inc.